About Japan and God and Lilita

As everyone knows, there was a big quake in Japan, then a Tsunami, then a volcano erupted, then a nuclear plant caught fire. All things considered, a really crappy week.

Then again, if I were japanese and I had to read idiots telling me this was because god is pubishing me because of (whatever the idiot doesn't like about Japan), I would be sorely tempted to find the morons and ... ok, considering the japanese are showing they are very reasonable people, probably just tell him something politely.

OTOH, I am not japanese. Which means I can explain in great detail why those who say "maybe it's <whatever> punishing | telling japan <something>" are a complete waste of oxygen.

I will focus on one example, because it's a very special religious moron: a presidential candidate in Argentina, called Lilita Carrió.

Here's what she said (spanish is the original, of course):

"God is telling us that we should take care of the planet, that we should stop destroying the earth, that we should live in truth, in decency, in justice, and stop using technology, even if it's peacefully. We should read the sign of the times".

Let's consider that little by little.

I must confess I am amazed that an almightly being is less capable of communicating ideas than my 3.9 year old kid. When he wants me to play ball, he brings the ball and tells me "Dad, let's play ball".

Now, does that make sense to anyone? I mean, why doesn't god just, you know, say what he means in a reasonable manner? Because for religious people, the fun is in the divination. They are acting like roman priests divining the future in the entrails of an animal, except they are using the life and suffering of people.

Oh, look, suffering in Japan, that means we should stop using the Wii!

Not only is that approach completely against everything christian doctrine teaches, from with the virtue of charity (if god did it to tell us something, by definition they deserved it!) to the injunction against divining god's messages in portents (yes, it is forbidden, go ask a priest).

"[God is telling us] that we should stop destroying the earth"

Oh, gee, ok then! OTOH, maybe a more subtle way than half-breaking everything in a whole country to let us know next time? Please?

"[God is telling us] that we should live in truth"

Ok, yes, let's do that. I will start by not believing in god, who truly does not exist. When you catch up to that we'll argue some more, ok?

"[God is telling us to] stop using technology, even if it's peacefully."

I would love if this presidential candidate didn't use technology because it would mean I would not have to see her sanctimonious stupidity ever again. OTOH, if we wouldn't have technology, we would probably not know about the earthquake yet. I suppose she may have been saying "nuclear technology" and this is out of context.

Yes, those are numbers I just made up, but I am betting they are more right than wrong, so, basically, god has killed more people this week telling us not to use nuclear power, than nuclear power has killed in the last 50 years. Not exactly good communication skills. 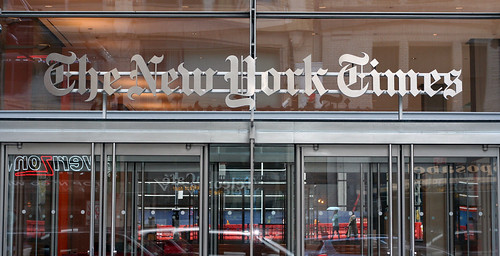