I don't do product reviews often, but this keyboard is a special case:

Disclaimer I bought this keyboard with my own money and nobody ever gives me any toys to play with. Come on, companies, give me free stuff, please?

Anyway, this is my review after using it for a couple of days.

Typing in this is pure pleasure. I like the linear red switches because they feel almost exactly like a Commodore 64, which is the typing feeling I associate with my childhood and early adolescence, better than the tactile blue switches which I associate with IBM model M keyboards and my later, not so happy teenage years.

The keycaps are double-shot ABS plastic, which I like enough. While I may have liked them to be a bit more textured they are ok, not too smooth, they are not mushy, they don't jiggle.

It's not even all that loud, while still being satisfyingly clacky. 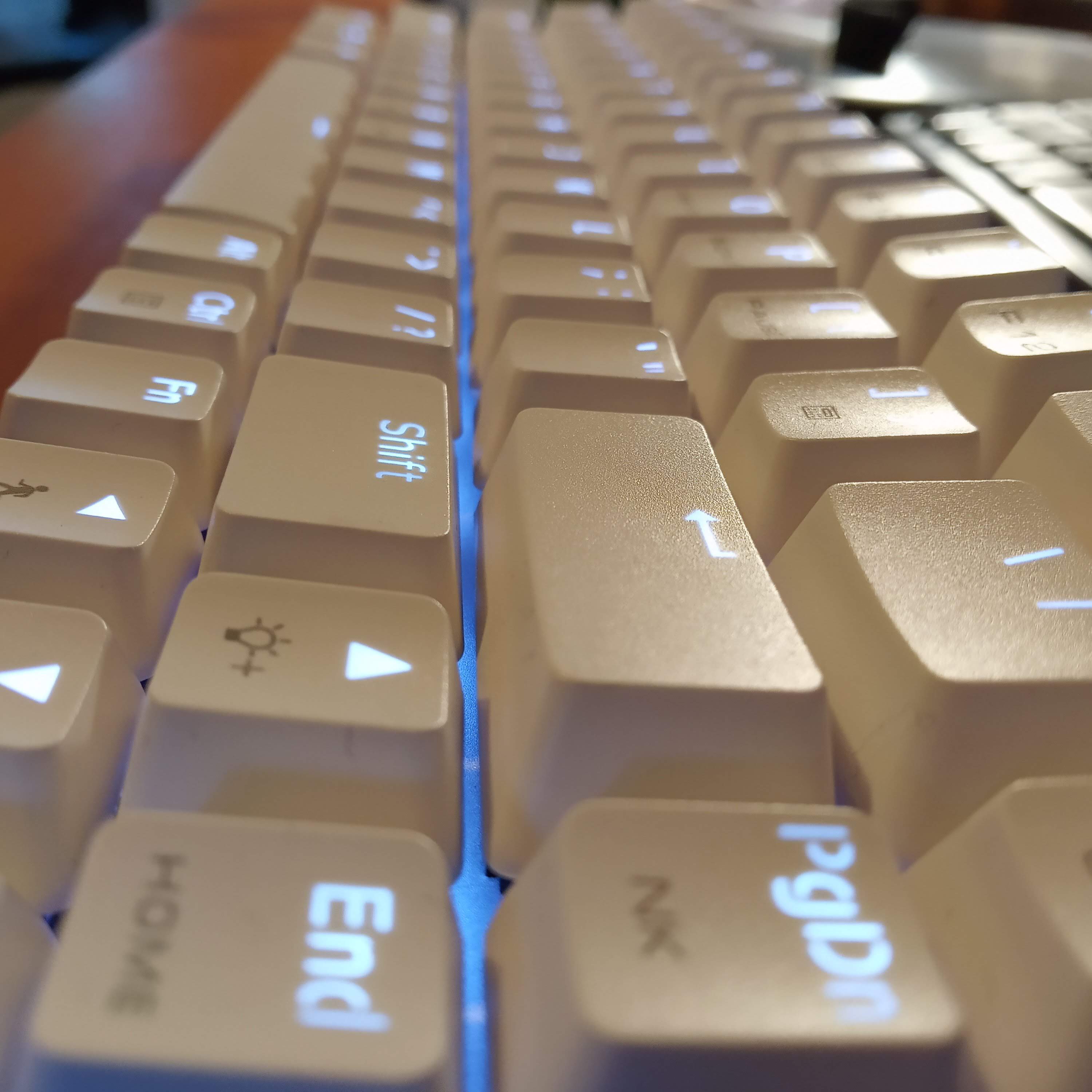 I am a sucker for how this looks. I hate the black-with-red-or-rgb-lights gamer-keyboard look (specially since I am not a gamer!) this baby has white keys on a silver body with white backlight and a "naked" profile exposing the switches.

The backlight has three levels (and off) and can do a "breathe" effect and that's it. So, basically, it lets you type in the dark if you need to look at keys and not much else. Which is enough for most grownups.

The dedicated arrow keys are nice, all the keys are in reasonable positions and have decent sizes.

It comes with a keycap-extractor, a USB cable and a carrying pouch. Nothing fancy but more than good enough.

I would love for this to have two more keys.

For a Linux user and software developer that is a pain in the butt because ~ means "home folder". For a spanish speaker it's even worse because ~n is how we type ñ which is, you know, a letter we need to use because "año" means "year" but "ano" means butthole. So it's kinda important.

In this keyboard that character is Fn+Shift+Esc which is just too awkward.

I could remap that key to ~ but then I have no Esc key which sucks when using vim. So, I remapped Esc to Caps Lock and voilá, the keyboard is usable (but a bit weird)

I was expecting the bluetooth in this keyboard to suck because it's BT 3.0 but I had no idea the depths and variety of the ways in which it sucks.

In wired mode, Fn+= is F12 a key I use a lot because it drops down my terminal.

So, in BT mode I have no function keys at all, and have multimedia keys in two places.

But that's not all!

This keyboard supports three devices simultaneously. You switch between them using Fn+Q | W | E and there is a nice LED indicator at the top of the keyboard that shows on what mode you are in by changing color.

Here, let me show it to you: 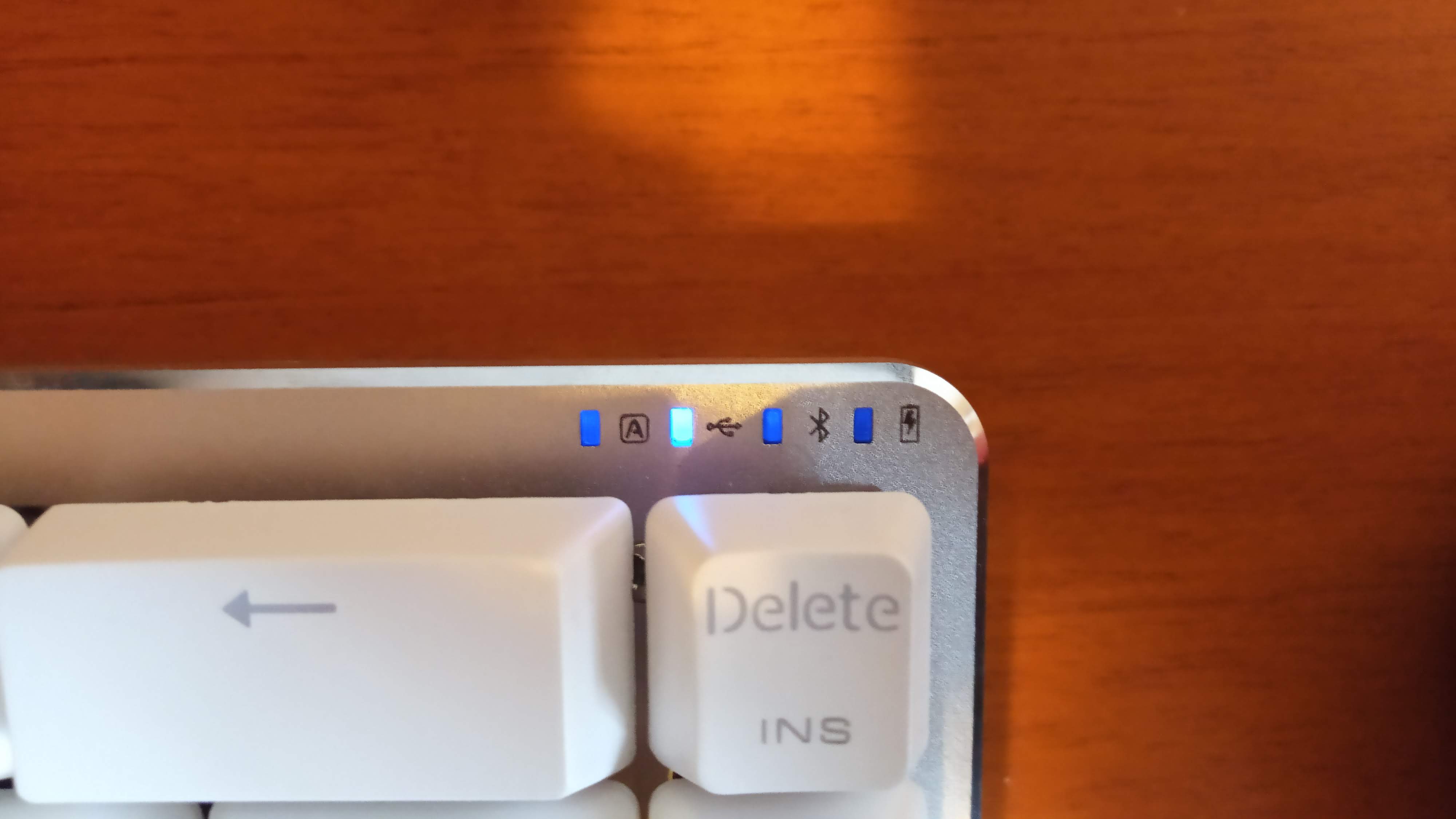 The problem is, when you are actually using the keyboard, this is how you (don't) see them: 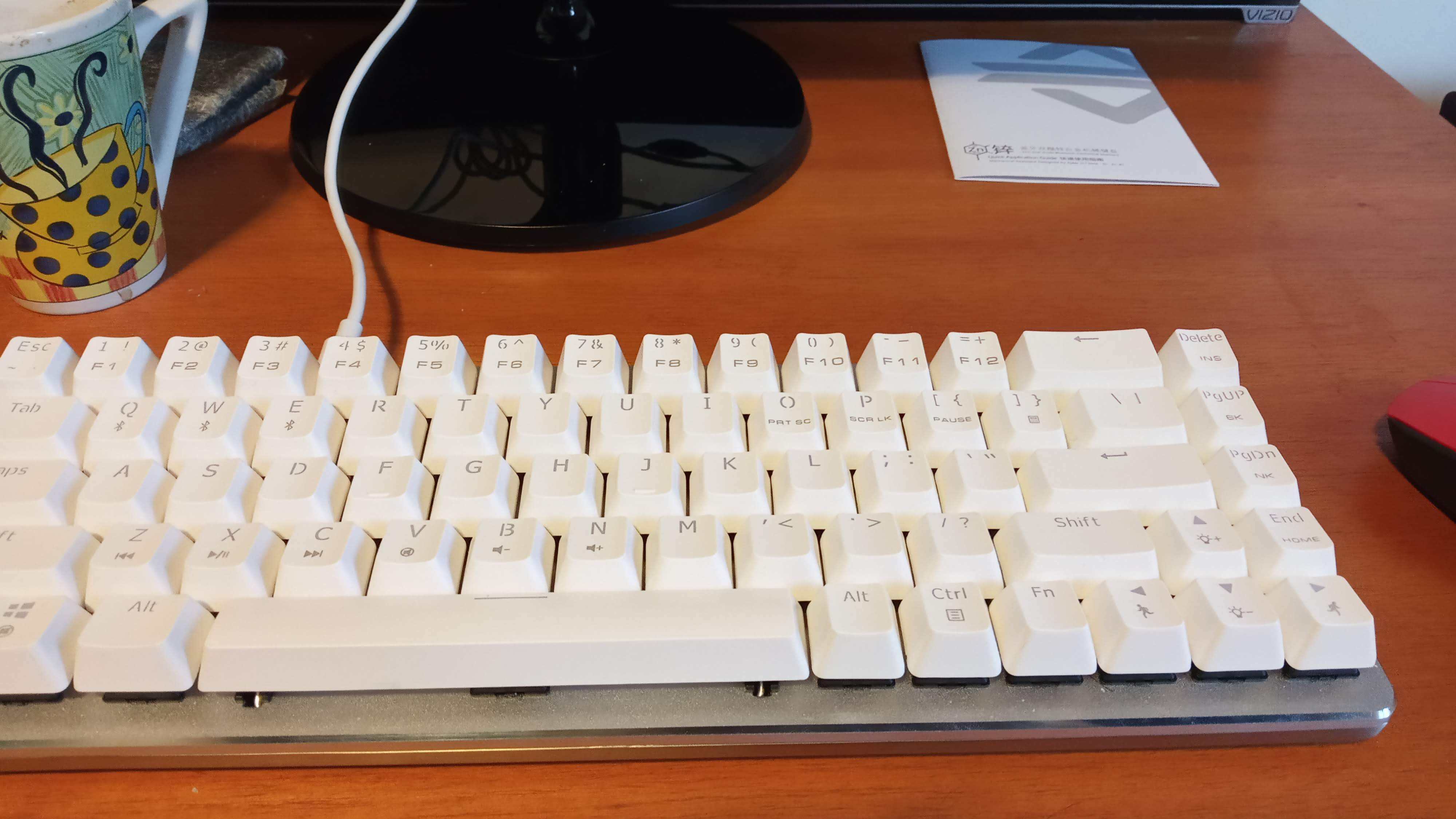 So, just ignore that this keyboard even has a BT mode and learn to love the cable.

There are no movable "feet", it has a small incline, and it's ok, the angle is nice. BUT... it's not perfectly level. There is a tiny wobble between the lower-right and upper-left. Sure, I just shim a little thing in there and it's fixed, but this keyboard is not very cheap so this surprised me.

It's ok? It's probably better for people who are not spanish-speaking linux-users.

It´s probably a better idea to get a more well-known brand, and/or a cheaper keyboard if you are going to gamble on buying them sight-unseen.

Am I happy I got it? yeah. Even as I am writing this not-very-complimentary review I am happily clacking away with a smile on my face.

The layout needed tweaking but is ok now, the feel is awesome, and it looks great on my desk. 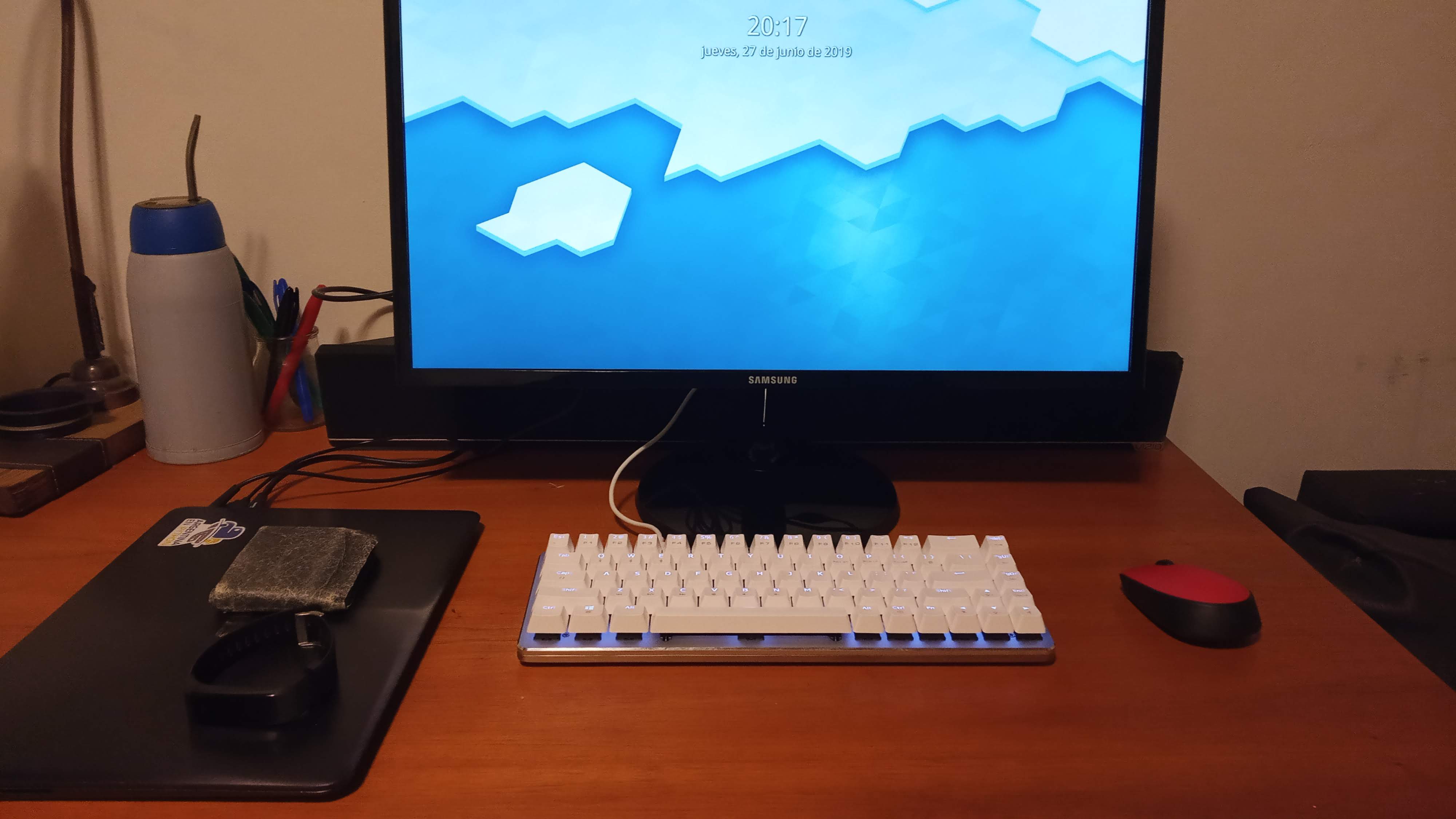