Now you can see Flip using Qt. My Ra-Flip interpreter. I wrote it in a lark after finding out about Flip in Good Math, Bad Math and shares no code with the original, but it's a simple language ;-)

It's almost feature-complete. Missing are:

Here is the mandatory screenshot: 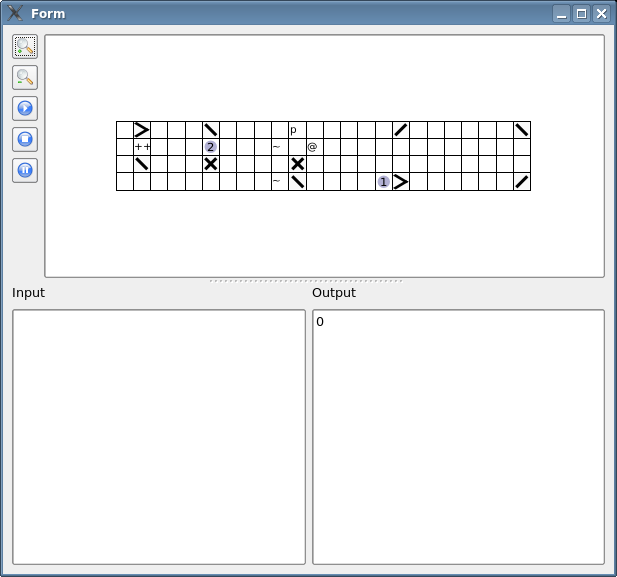 But that really doesn't do it justice, so here's a video:

The fun starts around 35 seconds in. The program prints an infinite series of even numbers and stores odd numbers in a ... I am not sure how to call that. A circuit?

I may think about writing a something-to-Flip compiler, so you can write your programs in some sort of simplistic imperative language and then see them as a pinball machine.

It may be cute if an artist could spend a few hours making nicer gadgets, before I do it (it won't be pretty ;-)

And yes, this is probably the most useless program written using Qt, right there with kyes.