Back to my own dogfood.

So, I must confess something. I have not been using uRSSus for a couple of months. It all started on my vacations. Since I had only my eee, I ran into some problems and was forced to use google reader.

And it was NOT terrible. Mind you, it was not great, either, but really, not terrible at all.

Since switching RSS apps is a pain (because you need to REALLY catchup on your reading before switching), it took me a long time to get back.

And now I find all sorts of problems in uRSSus which I will have to fix. Which means I better start cranking.

Not that it looks bad, it's a handsome program! 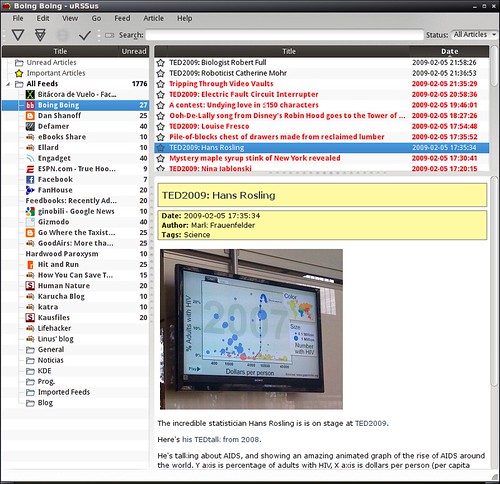 I don't expect to do anything like last year's "A release of something every friday" madness, but I will do something.

Also, I need to rewrite BartleBlog, the app that generates this blog you are reading. It's broken in many ways.