The Outhouse and the Mall

Wearing the software engineer's hat: Code is the most trivial and the least important part of a feature.

Michael tweeted that, I replied, he replied, but what the heck, I think sometimes things can be better explained in more than 140 characters, thus this post [1].

So, why the mall and the outhouse? Because when we talk about software and code and features, we are not all talking about the same thing. Imagine if I told you that bricks are trivial. After all, they have existed in their current form for thousands of years, they are pretty simple to manufacture, and have no interesting features, really, except a certain resistence.

Now, suppose you are building an outhouse. Since you are a funny guy, you want to build an actual brick outhouse so you will use bricks to do it.

Now, since bricks are so boring, you may feel compelled to believe bricks are the least important part of your edifice, and that the overall design is more important. Should you carve a moon-shaped hole in the door? How deep should the latrine be?

However, that position is fatally flawed, since if you ignore those trivial, boring bricks, all you have is shit in a hole in the ground. That is because you are considering the bricks as just a mean to your end. You only care about the bricks insofar as they help you realize your grand outhouse vision. I am here to tell you that you are wrong.

The first way in which you are wrong is in that artificial separation between means and ends. Everyone is familiar with the ethical conundrum about whether the ends justify the means, but that's garbage. That'swhat you say when you try to convince yourself that doing things haphazardly is ok, because what you do is just the means to whatever other thing is the end. Life is not so easily divided into things that matter and things that don't.

Your work, your creation is not just some ideal isolated end towards which you travel across a sea of dirty means, trying to keep your silver armour clean. It's one whole thing. You are creating the means, you are creating your goal, you are responsible for both, and if you use shoddy bricks, your outhouse should shame you.

In the same way, if you do crappy code, your feature is demeaned. It may even work, but you will know it's built out of crap. You will know you will have to fix and maintain that crap for years to come, or, if you are lucky, ruin your karma by dumping it on the head of some poor sucker who follows your steps.

I am pretty much a materialist. If you remove the code, you don't have a feature, or software, you have a concept, maybe an idea, perhaps a design (or maybe not) but certainly not software, just like you don't have a brick outhouse without piling some damn bricks one on top of the other.

I always say, when I see someone calling himself a software engineer, that I am merely a software carpenter. I know my tools, I care about them, I use them as well as I can according to my lights [2] and I try to produce as good a piece of furniture as I can with what I am given.

This tends to produce humble software, but it's software that has one redeeming feature: it knows what it should do, and does it as well as I can make it. For example, I wrote rst2pdf. It's a program that takes some sort of text, and produces PDF files. It does that as well as I could manage. It does nothing else. It works well or not, but it is what it is, it has a purpose, a description and a goal, and I have tried to achieve that goal without embarrasing myself.

My programs are outhouses, made of carefully selected and considered bricks. They are not fancy, but they are what they are and you know it just by looking at them. And if you ever need an outhouse, well, an outhouse is what you should get.

Also, people tend to do weird stuff with them I never expected, but that's just the luck of the analogy.

But why did I mention malls in the title? Because malls are not outhouses. Malls are not done with a goal by themselves beyond making money for its builders. The actual function of a piece of mall is not even known when it's being built. Will this be a McDonalds, or will it be a comic book store? Who knows!

A mall is built quickly with whatever makes sense moneywise, and it should look bland and recognisable, to not scare the herd. It's a building made for pedestrians, but it's intended to confuse them and make the path form A to B as long and meandering as possible. The premises on which its design is based are all askew, corrupted and self-contradicting.

Nowadays, we live in an age of mall software. People build startups, get financing, build crappy software and sometimes they hit it big (Twitter, Facebook) or, more likely, fade into obscurity leaving behind nothing at all, except money lost and sad programmers who spent nights coding stuff noone will ever see or use, and not much else.

Far from me saying startups are not a noble or worthy endeavour. They are! It's just that people who work on them should realize that they are not building software. That's why code doesn't look important to them, because they are actually selling eyeballs to advertisers, or collected personal data from their users to whoever buys that, or captive public for game developers, or whatever your business model says (if you have one!).

They are building malls, where the value is not in the building, which is pretty ghastly and useless by itself, but on the people in it, those who rent space in the mall, those who will use the mall, the software, the social network, whatever it is you are building.

Twitter is not software, Facebook is not software. If they were, identi.ca and diaspora would be bigger! What they are is people in one place, like a mall is not a real building, but a collection of people under a roof.

So, there is nothing wrong with building malls. Just remember that your ends and your means are one and a whole, that code is important, that without code Facebook and Twitter don't work, and that without people they are a badland, and know what you are doing.

Because the only hard thing in life is knowing what you want to do. The rest is the easy part. And because malls without toilets suck. 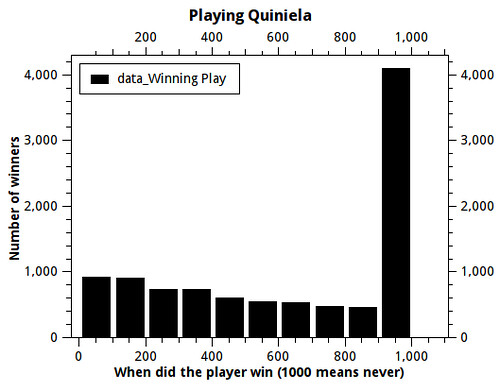