I believe there is a problem

Yesterday I was spammed by a new age portal called Portalmico. The name is strange, since in spanish (their language) it means "Monkey Portal", but that the heck, after adding me to the Facebook group they wanted me to join, posting they are spammers, then leaving, I started to think...

What exactly bothers me about these guys? And decided to enter their portal and see what was awaiting me behind the gates.

Apparently these guys are heavily into 2012. However, they don't expect the end of the world, but a "cosmic awakening" and they call this event "important to the whole galaxy". This seems to be caused because of a peculiarity of the mayan calendar. Whoa. And I thought the guys at Stop, unix time! were overdoing it.

My views on religion

I am an atheist. I know it's more polite to say agnostic, but there are real problems with that concept. If we consider agnosticism to believe there is no evidence of god's existence one way or the other, then pretty much all catholics would have to declare themselves agnostics or heretics.

Why is that? Because religions requires faith. Knowledge banishes faith. If you know god exits, you can't have faith in god's existence. Faith is defined as believing without proof [5]. So religion requires agnosticism. Yes, I know it makes no sense to you. That's your own problem. See here for a counterargument.

On the other hand, I have been accused of not being tolerant to other's religious beliefs. That is not a fair accusation. I tolerate them. On the other hand, they often believe there is a place called "hell" where I will spend eternity in pain and suffering.

Mind you, I don't believe such a thing exists or that I will be there, but just for the sake of argument, let's say it does. That means they expect their god to torture me for eternity.

And I am being intolerant because I say they believe in childish fantasies? I see some unbalance here between what my alleged intolerance is, and their alleged tolerance.

What sounds more tolerant to you?

One would be tempted to ask, if mayans were so awesome, how come their civilization was such a mess? [1]

But that's not it. That's not what bothers me. Brainless adoration of poor people who did their best to live their lives 600 years ago is not such a terrible thing, (even if it is not the smartest thing ever). What bothers me is the credulity.

You will be hard pressed to find a post there that's scored less than 8 in a 1/10 scale, so almost everyone seems to agree that all these things exist/ are true.

In fact, the only thing that came to mind that noone there seems to believe in is hidden messages in the Torah and bigfoot, but maybe I just didn't look correctly.

These people sound desperate. They sound like they are adrift at sea and try to hold to any passing twig, be it a crystal, a drowned continent, or a charlatan.

Dear fellows at portalmico: the only thing that make life worth living is people. Yes, people. Not god, not mayan prophecies, not angels. People.

Go out, meet someone, have a nice life. What happens after that, if it is to happen at all, will do so anyway. Be good to people, and trust that god (if he exists) is worth anything and will welcome you to his best condo, because if he doesn't... well, he was not really worth adoring anyway.

So, I think I come out of this diving into nonsense with a clearer, if a bit sadder mind. Yes, they are spammers. Yes, they believe childish fantasies. I hope they get better.

I am not sure if this is good or bad:

On one hand, I have more subscribers than ever, even considering when this blog was in planetkde (BTW: maybe I should add my pyqt feed there again? Nah, I don't qualify as "active KDE contributor")

The dip in the last three monts was because I just posted nothing, and now I am posting again, it's doing well.

On the other hand, I am at 50-some subscribers, which is a bit pathetic for a blog that has existed for over 9 years ;-)

On the gripping hand (Larry Niven FTW!) I am having more fun with the blog than I had in quite a while, so I would post even if noone read it.

Here's the most popular content in the last 2 years or so, selected from 783 posts (784 with this one) and 47 longer stories:

This blog is over 9 years old.

On my latest disappearance, this blog turned 9 years old. I started it (in advogato, where you can still read it, BTW), on January 17th, 2000.

It is currently my longest-running project, since at the time I lived in a different province, have had several girlfriends (and a wedding), I had two or more jobs, started one company, went through about 9 presidents, and of course, there's my boy Juan: 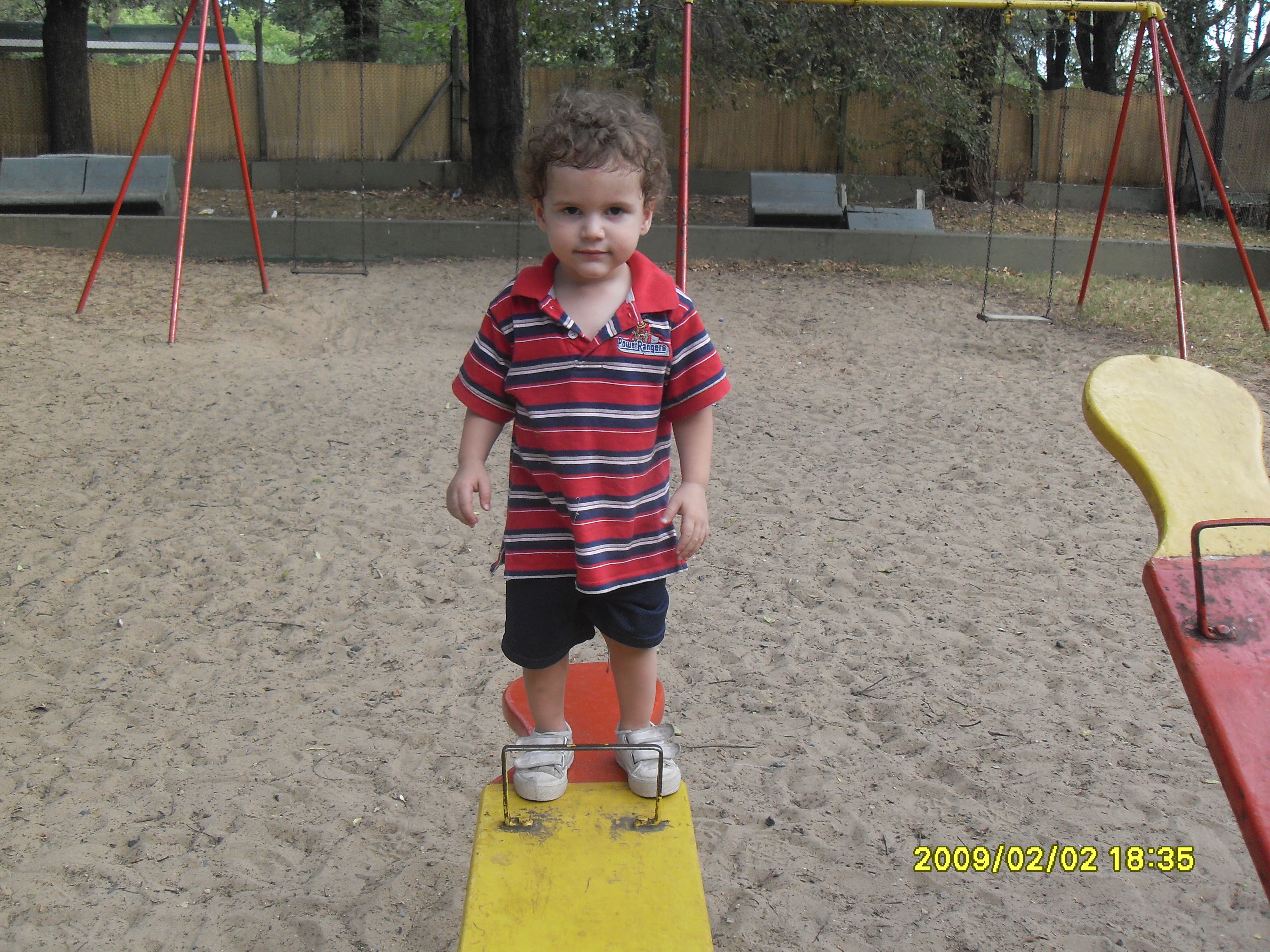 BTW: his grandfather took that picture. Looks a bit dangerous, doesn't it? It probably was. But that's ok, there's like an inch of sand in case he fell. I need to talk to him ;-)

All things considered, awesome 9 years. I need to actually remember for the 10th aniversary.

Me and the subte.

I moved to Buenos Aires (BA) almost exactly 8 years ago. For those who have never been here, let me tell you some things about it. It's large. Do you know Sao Paulo? A bit smaller. Much smaller than Mexico DF. About the same size as New York. Twice the population of the Randstad. About the same as greater Paris or Istanbul. So figuring out a way to move around it was important. 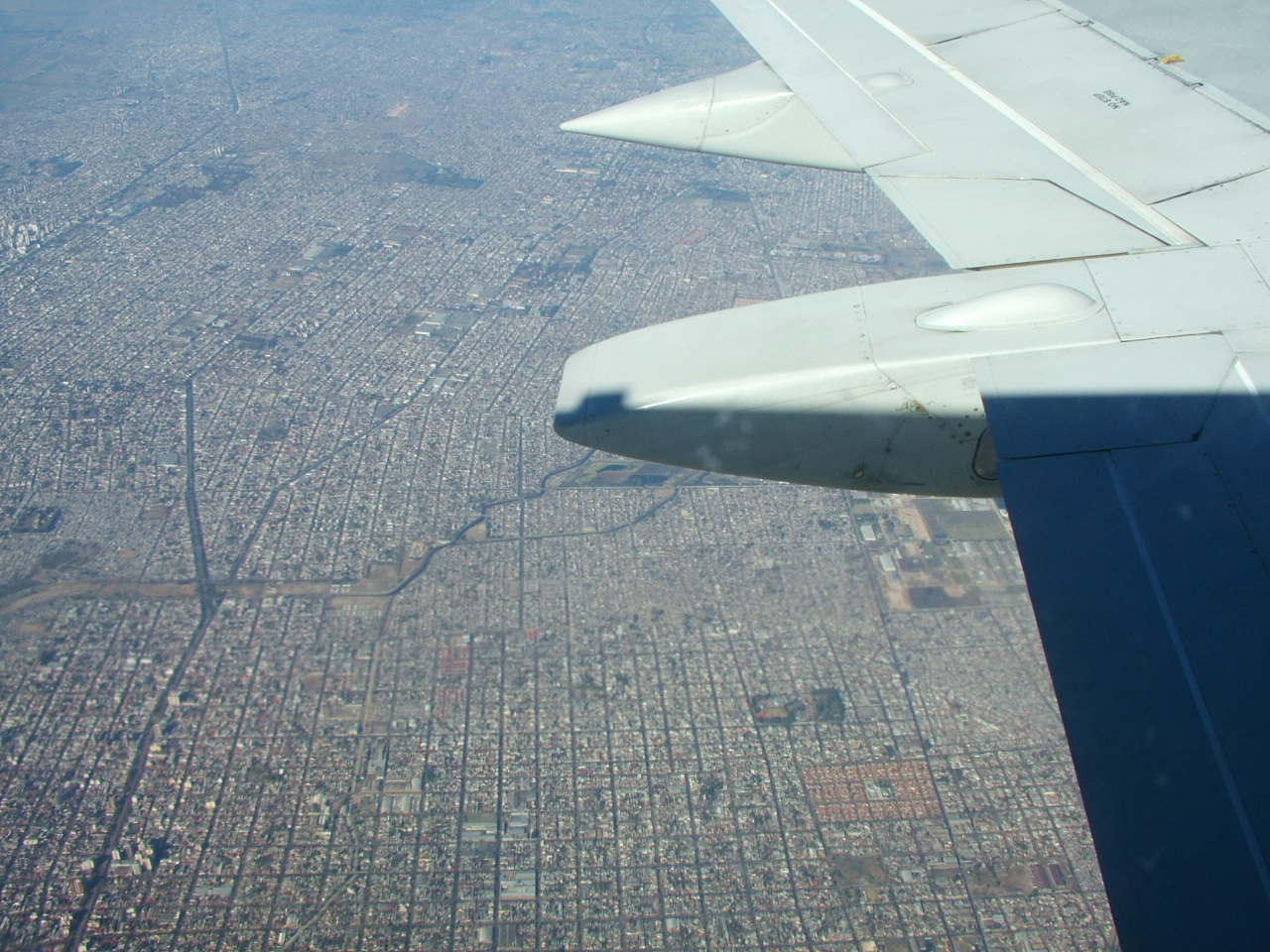 The way most natives do it is by bus. There is a pretty extensive and efficient network of buses which will take you anywhere. There are maybe 150 different lines, but if you don't know the city, specially the place you are trying to reach, they are a recipe for getting lost, because you can (will) miss your stop and end anywhere else. 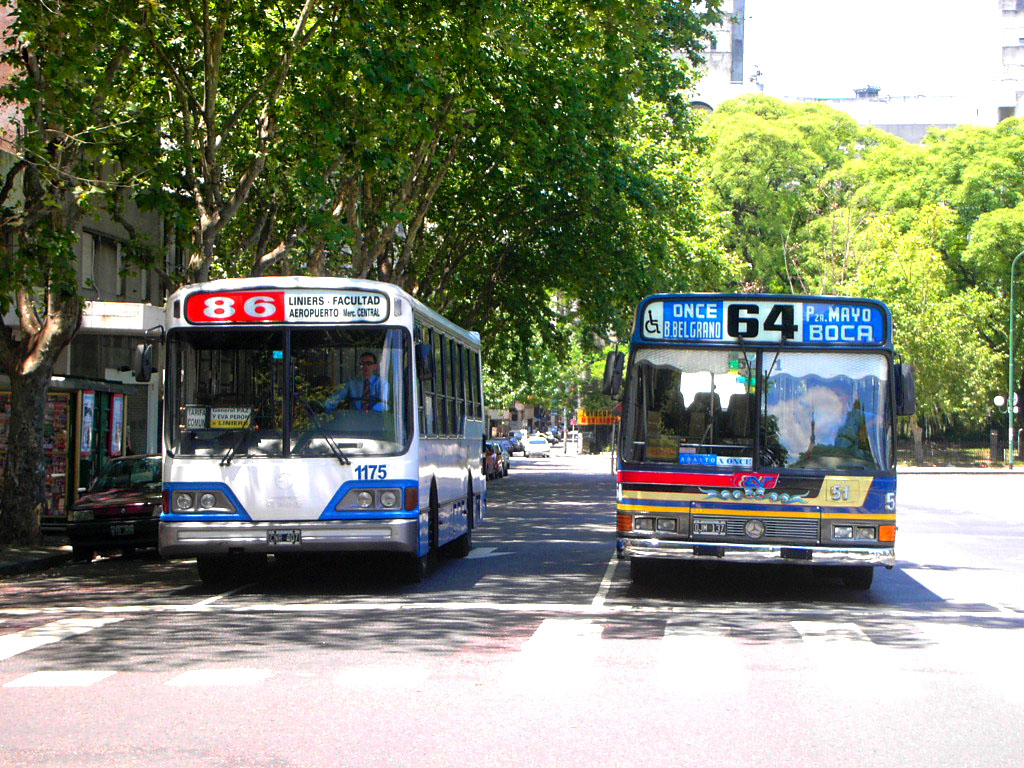 To make it worse, I get dizzy on buses. The braking and starting makes me really sick. I can control it, as long as I look out the window, or straight forward, and breath really carefully.

So, since I don't drive, and cabs are relatively expensive, I always preferred the subway, or, as it is called here, the subte. Plus, on trains and subways I can even read and not get dizzy. I always tried to live close to a station, I had almost one hour to read while traveling and we got along great.

The subte is pretty old. The first in Latin America, and still the only one in a few million nearby square miles. But it's also ... quirky.

For instance, I lived in Belgrano, close to the D line. Which had japanese cars. How did I know they were japanese cars? Well, they had all these things written on the windows in Japanese. Sadly, I can't find pictures of that, and in a recent trip I didn't see them, so it may be that after maybe 20 years someone decided to rub them off. That's a pity. I always imagined they said interesting stuff, even if they probably said "keep your hands inside the car, you idiot".

There's also the boletería-kiosco. A kiosco is a sort of mini drugstore, where you can buy candy, a soda, maybe a comb, or condoms. A boletería is a palce where you buy tickets to ride the subte. And in some places, you can do both things. Because they turned the ticket booths into kioscos. 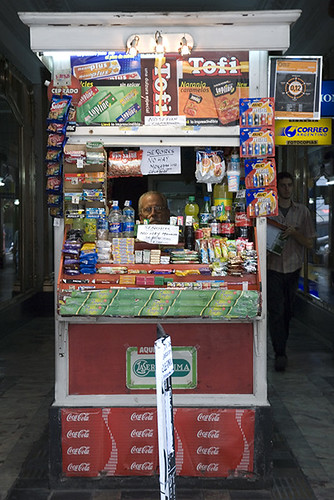 Tere is the line at Retiro station, in the C line. There's 4 or 5 boleterías. When you get there, often there's 40 or 50 people in line on the first one. And you can walk just beside them and buy a ticket in the 4th or 5th booth, where there's noone waiting.

And of course, a classic, the one every tourist sees. The A line. The original BA subte, opened 90 years ago or so... and still using the same cars. Yes, you can ride antique, wooden cars to work on that line. With incandescent bulbs on glass tulips. With manual doors (manual opening only, they close automatically with bone crushing force). 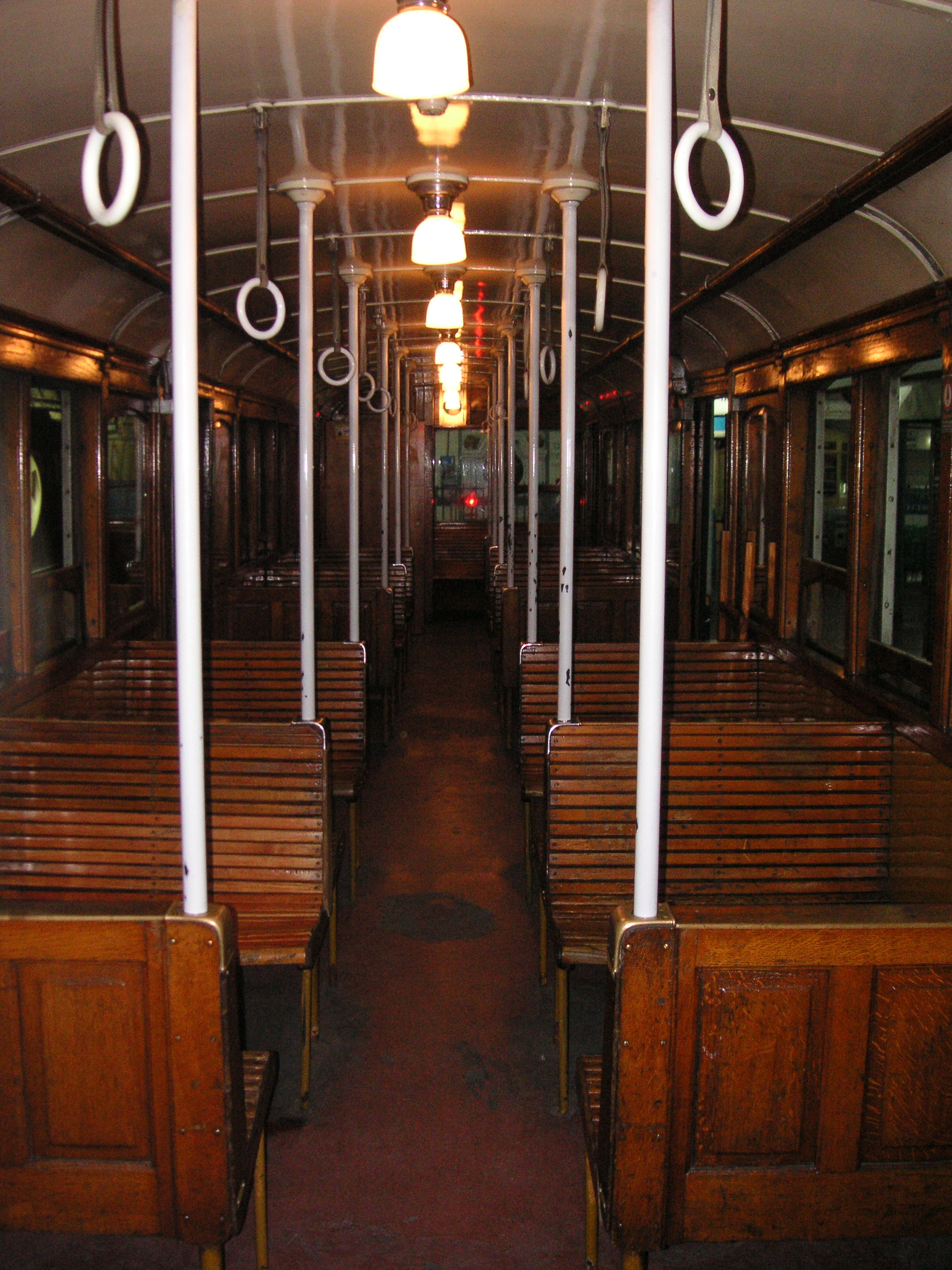 Sure, it's hot. There's no air conditioning, and BA can get pretty hot in summer. But it's nice in winter! It's fast, you can't get lost, and it's just so BA.

Strange things I see: the roof statue of Carupá

Walking near the train station of Carupá, heading for a customer's I saw a rather shabby house in the industrial area, white and with green painted doors made of metal. And on top of it, standing as if about to jump, there's a statue of a chubby guy wearing a white shirt and black pants. Why is there a statue in the roof of that house? Why is it so creepy? 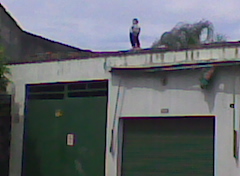 The awful picture is courtesy of my phone.

I had to do a vry late night job yesterday, so I am not going to do it right today. Probably wednesday.

Haven't had one of these in a while!

You start a blog, you like something another guy wrote, what do you do?

If you chose option 3, then you will get along just fine with this guy!

I have decided to make this blog available also in Spanish starting yesterday.

Since it's generated by my own software called BartleBlog, that meant I had to implement everything so each post can have multiple translations.

And it's starting to work. You may notice several things:

The location and styling of these elements will change, and they may be broken in different ways for a few days. Sorry about that.

There will also be a "Lateral Opinion en Español" RSS feed soon.

Update: here it is

I expected both sites to have more or less the same audience, and if anything, digg to be larger, thus give more votes.

Anyone has even a wild guess at the divergence?

Since this blog just broke the 100K visitors barrier yesterday (although it had about 150K more when it was lateral.pycs.net), it's a good time to revisit some of the old stuff that was somewhat good.

So here are (IMVHO) the best ten things I remember writing in this blog in the last 7 years.