It was just a few days ago that I started an experimental wiki project called Gyro ... it's always fun when a project just grows features organically. It does this, so it makes sense to make it do that, and then this other thing is easy, and so on.

So, here is what happened with Gyro:

And, I published it as a Google Chrome Extension ... so you can now have a wiki on your chrome. If you saw how it worked before, you may wonder how it became an extension, since those are pure Javascript. Well... I made it have pluggable backends, so it can either use the older Sanic-based python API or use LocalStorage and just save things inside your browser.

The behavior is identical in both cases, it's just a matter of where things are saved, and how they are retrieved. The goal is that you should not be able to tell apart one implementation from the other, but of course YMMV.

And since I was already doing a chrome extension ... how hard would it be to run it as an electron "desktop" app? Well, not very. In fact, there are no code changes at all. It's just a matter of packaging.

And then how about releasing it as a snap for Ubuntu? Well, easy too, just try snap install gyro --beta 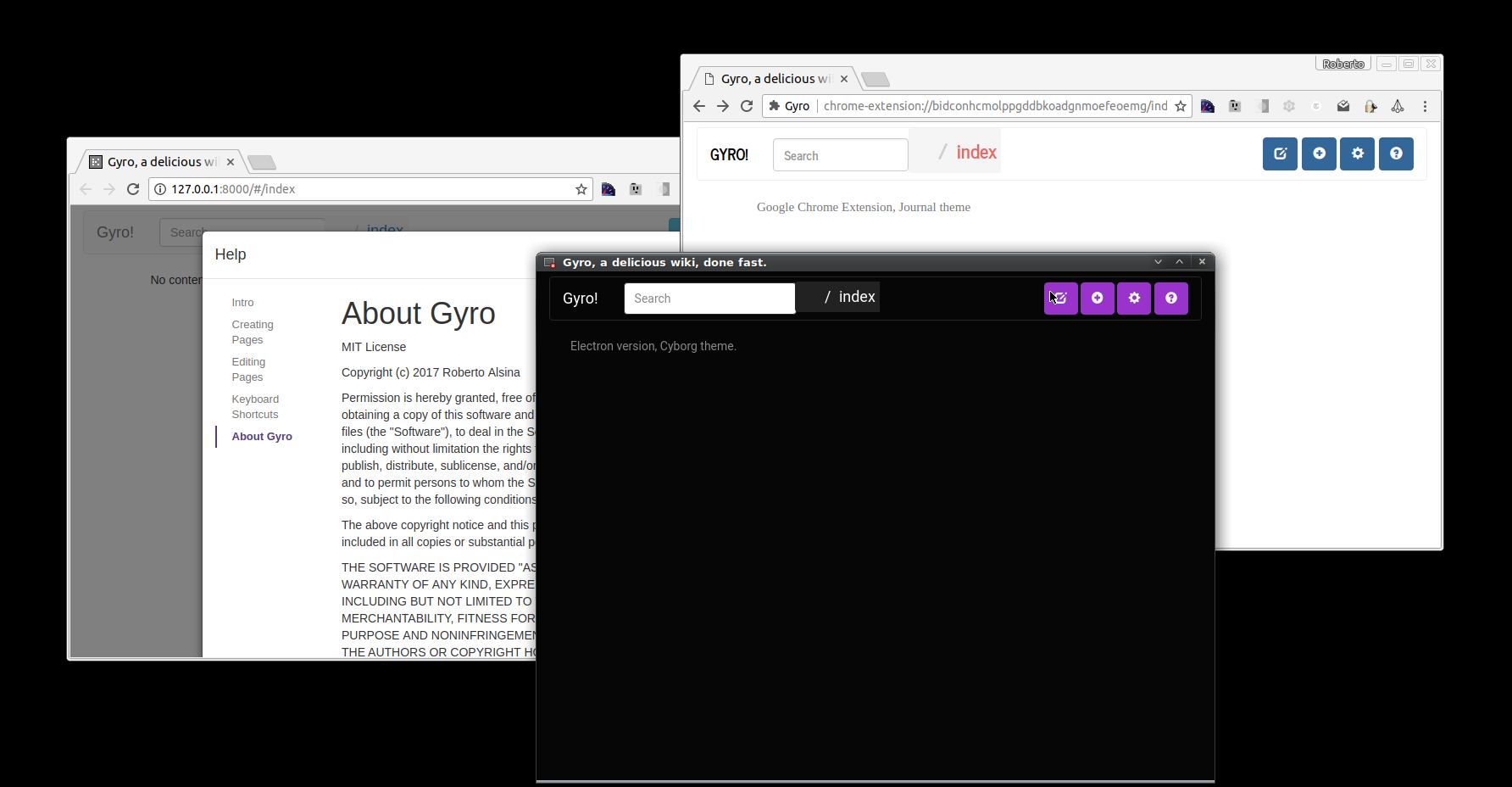 Is it finished? Of course not! A non exhaustive list of missing MVP features include:

But in any case, it's nice to see an app take shape this fast and this painlessly.